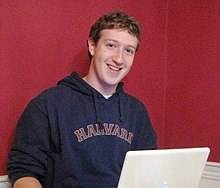 The big challenge is in infront  for the world best club real madrid , can real madrid survive ?
This problem is created when cristiano ronaldo only score 4 goal in his 14 laliga appearance .Not only ronaldo every player aren't in the form so the inpact is in the laliga table .
And presure is with zizu. currently real madrid is in the fifth place with remaining 19 games .
according to the sources ronaldo is not happy with his current behaviour of club management committee . And will leave real after the end of this season .

Chelsea Football Club is an English professional football club based in Fulham, London, that competes in the Premier League, of which they are reigning champions. Founded in 1905, the club's home ground since then has been Stamford Bridge
Chelsea had their first major success in 1955, when they won the league championship. They then won various cup competitions between 1965 and 1971. The club's greatest period of success has come during the last two decades; winning 18 major trophies since 1997. Chelsea have won six national league titles seven FA Cups, five League Cups and four FA Community Shields, one UEFA Champions League , two UEFA Cup Winners' Cups, one UEFA Europa League and one UEFA Super Cup. Chelsea are the only London club to win the UEFA Champions League,[6] and one of four clubs, and the only British club, to have won all three main UEFA club competitions.[7][8]
Chelsea's regular kit colours are royal blue shirts and shorts with white socks. The club'…