Today I am going to write something about my best footballer 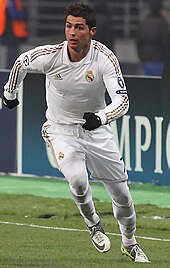 Cristiano Ronaldo dos Santos Aveiro, GOIH (born 5 February 1985) is a Portuguese professional footballer who plays for Spanish club Real Madrid and the Portugal national team He is a forward and serves as captain for Portugal. By the age of 22, Ronaldo had received Balloon d'Or and FIFA World Player of the Year nominations. The following year, in 2008, he won his first Ballon d'Or and FIFA World Player of the Year awards. He then won the FIFA Ballon d'Or in 2013 and 2014 In September 2015, Ronaldo scored his 500th senior career goal for club and country.
Often ranked as the best player in the world and rated by some in the sport as the greatest of all time, in 2015 Ronaldo was named the best Portuguese player of all time by the Portuguese Football Federation, during its 100th anniversary celebrations. He is the first player to win four European Golden Shoe awards. With Manchester United and Real Madrid, Ronaldo has won three Premier Leagues, one La Liga, one FA Cup, two Football League Cups two Copas del Rey, two UEFA Champions Leagues, one FA Community Shield, one Spanish Super Cup, one UEFA Super Cup and two FIFA Club World Cups.
Ronaldo began his club career playing for Sporting CP in August 2002. In 2003 he signed for Manchester United for £12.2 million (€15 million). In 2004, he won his first trophy, the FA Cup. In 2007 and 2008, and was named the 2008 FIFA World Player of the Year. In 2009 he won the FIFA Puskás Award for Goal of the Year. He was the world's most expensive player when he moved from Manchester United to Real Madrid in 2009 in a transfer worth £80 million (€94 million/$132 million). His buyout clause is valued at €1 billion. In May 2012, he became the first footballer to score against every team in a single season in La Liga.[ Ronaldo holds the record for most goals scored in a single UEFA Champions League season, having scored 17 goals in the 2013–14 season In December 2014, Ronaldo became the fastest player to score 200 goals in La Liga, which he accomplished in his 178th La Liga game. He is the only player in the history of football to score 50 or more goals in a season on five consecutive occasions. In September 2015, Ronaldo became the all-time top goalscorer in the UEFA Champions League, and in October 2015 he became Real Madrid all-time leading goalscorer. He is the second highest goalscorer in La Liga history behind his perceived career rival Lionel Messi.
Ronaldo made his international debut for Portugal in August 2003, at the age of 18. He has since been capped over 100 times and has participated in six major tournaments: three UEFA European Championships (2004, 2008 and 2012) and three FIFA World Cups (2006, 2010 and 2014). He is the first Portuguese player to reach 50 international goals, making him Portugal's all-time top goalscorer. He scored his first international goal in Euro 2004 and helped Portugal reach the final. He took over captaincy in July 2008, and he led Portugal to the semi-finals at Euro 2012, finishing the competition as joint-top scorer. In November 2014, Ronaldo became the all-time top scorer in the UEFA European Championship (including qualifying) with 23 goals. 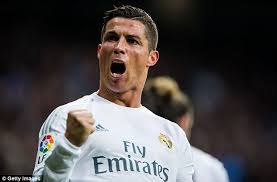 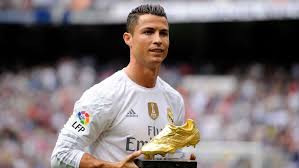