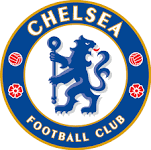 West Ham manager Slaven Bilic has said Euro 2016 finalist Dimitri Payet will not be fit to play the whole game after making a delayed start to pre-season.
Aaron Cresswell and Manuel Lanzini are out with knee injuries but Andre Ayew and Sofiane Feghouli could be involved.

Jonathan Pearce: "Many people are tipping Chelsea to challenge for the title under new boss Antonio Conte. He's a charming passionate football man with steely, ambitious eyes.
"N'Golo Kante will add a pacy engine to a flagging midfield. But it's a big step up for £33m striker Michy Batshuayi. The Conte evolution may take time.
"West Ham surprised everyone by winning at Arsenal on the opening day last year. They could spring another one here.
"New boys Sofiane Feghouli and Ashley Fletcher have looked sharp in pre-season. Andre Ayew's a good signing. A top five challenge should lie ahead.
"This is a thrilling score draw for me."


WHAT THE MANAGERS SAY

Chelsea manager Antonio Conte wants his players to channel the spirit of champions Leicester City: "When you watch Leicester's games you understand this great feeling between the players.
"Every player is ready to help his team-mate because he knows in another situation his team-mate will help him.
"It's important to have this if you want to win. It's important to have talented, fantastic players, but it's important as well to create the right spirit."
West Ham manager Slaven Bilic: "We have a good squad - we've kept most of the players and we've added some players too.
"We are expecting them to improve us - we'd expect that even without them because we have been together for a year now and had a good last season