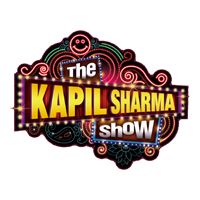 the kapil Sharma show in the best comedy show in India .The Kapil Sharma Show is an Indian Hindi stand-up comedy and talk television series which premiered on 23 April 2016 and is broadcast by Sony TV. it is not only famous inside India but also famous outside india . kapil has huge fan following in Nepal ,UK, Pakistan , Bangladesh , USA ,etc. kapil has a pervious show in colors tv where he earn his status .
Development began in December 2015, when Sharma announced his plans to create a new show for a Hindi general-entertainment channel other than Colors TV. The series received mixed reviews; one critic said, "Kapil Sharma’s wit and funny one-liners bring a smile", but another called it "dull and disappointing". It has received positive feedback from audiences, gaining top TRP ratings in the non-fiction category.
click below for latest video of the kapil Sharma show
https://www.youtube.com/watch?v=wBRj-CfshfQ